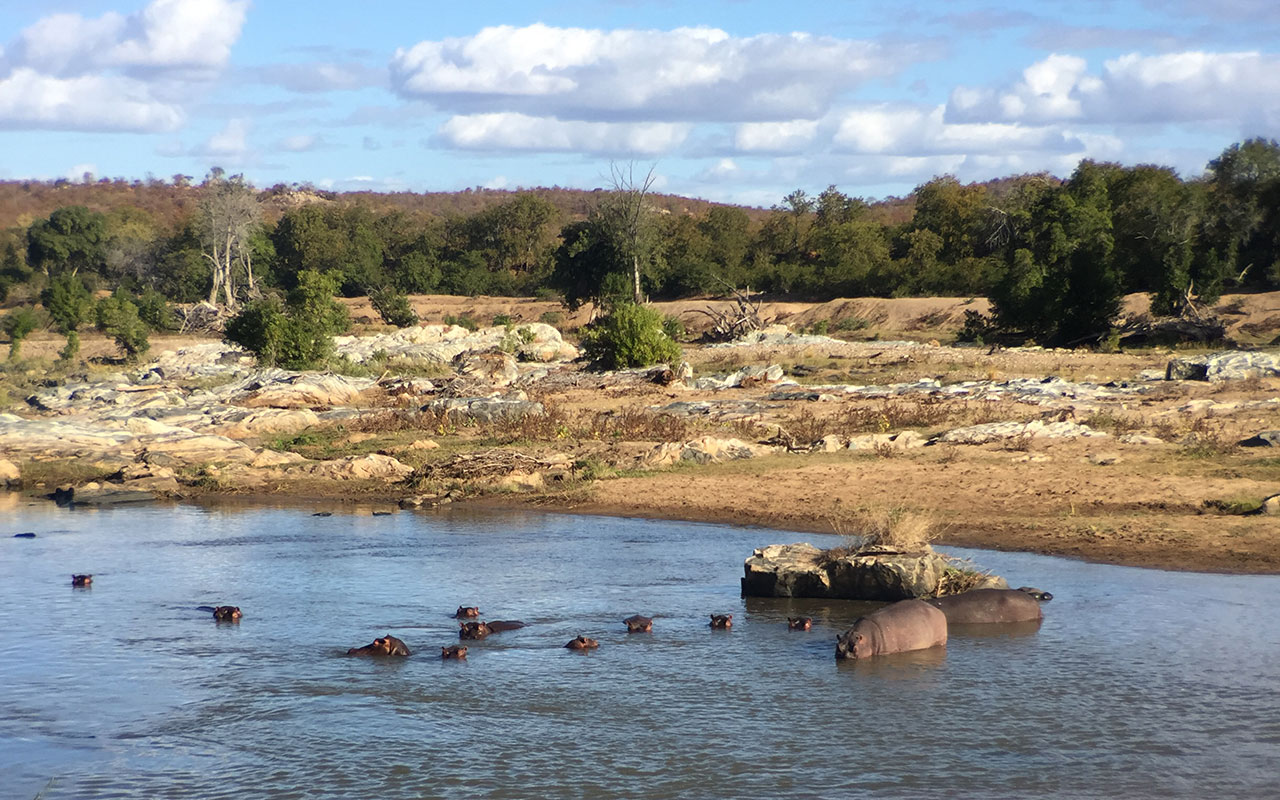 How to survive your first amazing walking safari?

When I tell people, I’m going on a walking trail or, better known as walking safari, in Greater Kruger National Park I always get the same question… “Is it safe?” and my response is then:” As safe as getting on an airplane or getting in your car to drive to work”. But, when I answer this, I wonder if I am even telling the truth?

I thought it was time to check some facts with an expert in this field. I had the opportunity to interview Brenden Pienaar, founder of Lowveld Trails Co. With more than 11 000 walking hours as a Trails Guide, I can really say he knows what he is talking about.

I met Brenden on my first Backpack Trail in Kruger National Park in 2018. After spending four days in the bush with him, I now completely understand why he is a very popular trail leader. Besides his incredible knowledge it’s his calm nature and the ability to interpret the inter-connectedness of the natural environment that makes him very unique in what he does.

Being absolutely passionate about the wilderness and keen on sharing it with as many people as possible, I didn’t need to ask him twice if he would feel like doing this interview. Creating awareness is one of his priorities.

Was I telling people the truth?

My first question of course was, was I telling people the truth? Is going on a walking safari indeed as safe as traveling by plane or driving to work? I sighed in relief to find out that I was indeed telling the truth. Brenden confirmed that I’m absolutely right. He even believes that it’s safer to spend time in the wilderness than living in the city. Depending on which city I guess 😉

Another point that Brenden touched that if it wasn’t safe, the National Parks bodies and people concerned with public liability and insurance would never allow such activities. They wouldn’t let anybody participate in what would be considered an activity in a dangerous environment.

On top of that, in the 40 years that walking safaris have been organized in Kruger National Park, no participant has ever died in a guided walk activity. This includes the wilderness trails, the backpack trails and all other walks organized from all the camps. To say it in Brenden’s words: “That’s a heck of a lot of walking.” No animal has ever killed a person on any of the guided walking activities. Participants might kill each other after 4 days in the bush together but that’s another story 😉

We are talking about guided walks!

As you noticed, I emphasized “guided”several times. Because, that is a very crucial part in the whole story. On every walking trail, you are guided by two trails guides. One acts as the trail leader and the second one as a back-up trail guide. Despite the names, they are equally important. Both guides are armed and walk in front of the group (that is not bigger than 8 participants).

Brenden emphasized that to become a trail guide, you need to go through a rigorous training. There is a legal framework set out by CATHSSETA (The Culture, Art, Tourism, Hospitality, and Sport Sector Education and Training Authority) and FAGASA (have the body called FAGASA or better known as the Field). There are minimum legal requirements set out with regards to the training and certification. Needless to say, that every guide needs to comply with these requirements. On top of that, they also need to register with the department of tourism.

It’s good to know that it is a strictly regulated occupation and that not everyone can just pick up a rifle and walk in front of a group.

A trails guide must have walked more than 200 hours of which half as a lead trails guide. On the 200 walking hours, a candidate must have encountered at least 60 dangerous animals on foot to qualify for the certification. The whole training is under the watchful eyes of qualified and well-experienced mentors.

Rest assure, they have been trained…

You can rest assure, before anybody is a certified trail guide, there is a significant amount of time spend in the field. The guides who conduct the wilderness and backpack trails in Greater Kruger probably have more than 1000 of hours experience. Which also means hundreds possible thousand encounters with wild and possible dangerous animals.

To give you an idea of the expertise of Brenden and his colleague Wayne, both trails guides of Lowveld Trails Co, have accumulated more than 20000 hours of walking experience in 12 years of walking! (I’m sure they hold the records in any Fitbit challenge as well)

Why do the trails guides walk in front?

As I mentioned before, the two guides walk in front of the group. On my first walking safari, I wondered why? And, I’m apparently not alone that contemplates about that. Brenden explains…

Statistics have shown that in more than 99 % of the time you walk into the animals. Brenden himself never had any animals approaching from the side or behind. His colleague Wayne had one situation were an elephant approached the group from behind. One encounter in soooo many. Which proves that the statistics are quite accurate! Animals are not there to hunt you down.

What about the nights, when sleeping under the stars?

On the backpacking and the primitive trails you sleep in a tent or under the stars. Sleeping under the stars you are slightly more vulnerable than sleeping in the tent.

To keep it safe, they have introduced a watch duty. Each participant will have the privilege to be on watch for one hour. Next to the small fire you can enjoy the quietness of the wilderness (unless somebody is snoring very loudly!). The small fire is just for the atmosphere, to create a good vibe. African animals are not scared of the fire emphasizes Brenden. Fire is part of their environment, especially in the Savannah area.

The camp is set up in an open area so there is enough space between the participants and the animals. The person that is on watch duty can easily see if there is an animal approaching when he scans the area. But, more importantly the animal can see the group as well. Sleeping under the stars is an incredible experience and not to be missed. Above all, also this part of the safari is safe!

A topic that nobody wants to touch… “What when nature is calling, does a guide need to keep watch?”

Brenden assured me that is not the case. Pfieuw, at least you get a bit of privacy 😉 When the group takes a rest during the day and “you need to go”, then you’ll be sent back in the direction where you came from. That area is already cleared because you just passed it and no animals had jumped up. At night, you make sure that you got everything sorted before you go to bed. Is the night however just a bit too long, even then it’s not necessary for a guide to go with? Important is that you’ll let your room-mate know that you are going for a walk. You’ll use your torch to scan the area to see if it’s safe to take a “poo in the bush”. You might want to practice your squat 😉

What to do, in case something does happen?

Now that we got the important things sorted, there was still one thing I wanted to know. What do you do if you encounter a potentially dangerous situation? Breden’s answer was very simple and straightforward.

There are three golden rules that need to be followed:

Before every trail there is a comprehensive pre-trail briefing so everyone knows what to do and what not to do in a sticky situation. Brenden never had a participant run away. Maybe they were too paralyzed to even run 🙂

To sum it up… going on a walking safari IS SAFE!

Hi, I'm Peggy, A Backyard Hiker. I like to inspire you to go outside, to explore your Backyard. All our backyards look different but we can all hike!